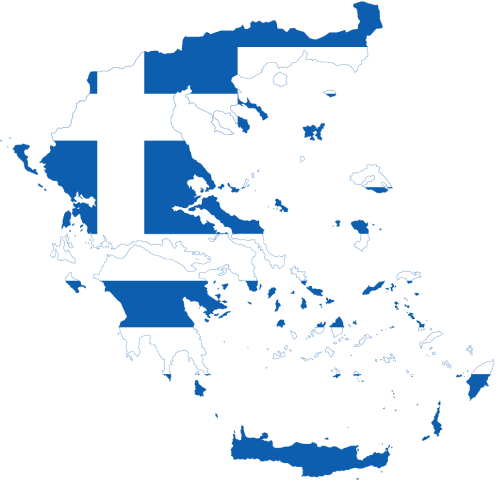 Who has never heard of Greek Mythology or read the Iliad? Greek is the best language to learn if you’d like to read these great legacy of literature in the original or to visit Greece to explore its treasures preserved over the centuries. Although, if you simply want to sharpen your brain and learn quite different alphabet, choose Greek.

Greek in its modern form is the language that belongs to the Hellenic branch that is a part of the Indo-European family. It is the official language both in Greece and Cyprus. Outside of these countries, it is spoken by the Greek diasporas in Turkey, Italy, Romania, Armenia, Albania, and Ukraine. Totally, this language is spoken by 13.2 million people worldwide.

If you are an English speaker, you are really lucky, as about 25% of the English words are of Greek origin. It is somewhere about 150,000 words, among which are antique, architect, economy, grammar, telephone, dialogue, encyclopedia, etc. Thus, Greek has mainly influenced the terms that refer to science (biology, mathematics, and astronomy) and technology. The words that start with ph- are of Greek origin as well (photograph, philosophy, phenomenon). Despite the similarities, Greek is a different language from English. Taking into consideration its alphabet and punctuation, for example. Thus, instead of a question mark, the Greeks use a semicolon at the end of the questions.

If you want to learn Greek, we've great news for you! This language is very logical and easy to learn. Secondly, this website has everything you need to start learning this language today – absolutely free of charge. We have compiled some of the most useful vocabulary, so you can start speaking Greek in a matter of days. Believe us, online self-study can be beneficial if you use the right resources. You will learn the most common Greek words, verbs, phrases, including greetings, popular expressions, common questions and everything you need to carry on a basic conversation in this language. If you want to learn the modern language of the country with ancient history, traditions, and architecture, start today!